On the night, which was compered by Roy Neil, eight trophies were presented recognising the top finishers at four of the Mourne club’s races in 2015, along with recognising the work of one club official.

Two prize winners, unable to make it on the night, were Newtownard’s man Jordan Scott who received the Harry Palmer Perpetual Trophy for winning the Mourne club’s 2015 cross-country race and 2015 Irish Grade A champion Richard Bird won the Seaforde Cup for being the top finisher at the Mourne club’s May Day race at Seaforde Moto Park.

The next two prize winners both received their awards after finishing top of the Grade C classes at the Mourne club’s race at Leitrim in 2015. Saintfield man David Martin, who went on to win the 2015 Grade C Ulster MX1 Championship, received the Bertie Campbell Cup and Crossgar’s Stephen Gill was presented with the President’s Cup.

The Boyd Cup was awarded to Saintfield’s Dean Colhoun who competed in three classes at the Mourne club’s 2015 charity race, where he won his races in the motocross and quad classes, alongside competing in the sidecar class on the night.

The awards ended with the Norman Campbell Memorial Trophy, for the most active club member, being presented to Ballynahinch man Jim Boyd, who officiates at the Mourne club’s events and car events. 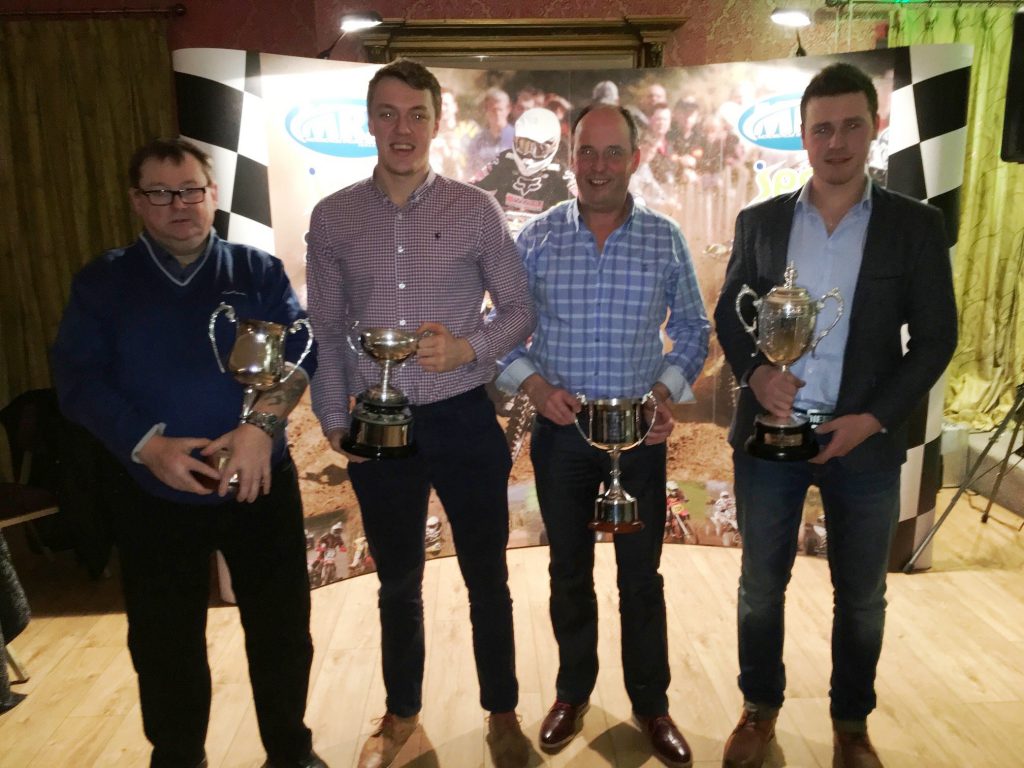