On Saturday night, 16th February 2013 the club again hosted a very successful Prize Giving and Buffet at the Millbrook Lodge Hotel, Ballynahinch. With close to 100 people in attendance to see the prizes handed out from 2012 season past.

A total of eight trophies were handed out to competitors who had taken past in the club’s 2012 motocross events. The evening was compered by ‘The Voice of Motocross’ on the island of Ireland… Mrs Roy Neill. Before the handing out of the prizes our chairman, Billy McLarnin thanked everyone for coming to the evening and described the club as a motocross club and a social club for it’s members, attending meetings, organising events and the club’s annual Mourne Away Day which has become an important part of the club’s calendar.

The final trophy to be presented was the only one that is not decided by points scored at the club’s racing events. Each year the Norman Campbell Trophy goes out to a Mourne club rider to honour his results and active role within the club. This year Ballynahinch man, Terry McCann won the trophy. Terry was shocked and overhelmed to receive the award, but true to form still a man of few words! 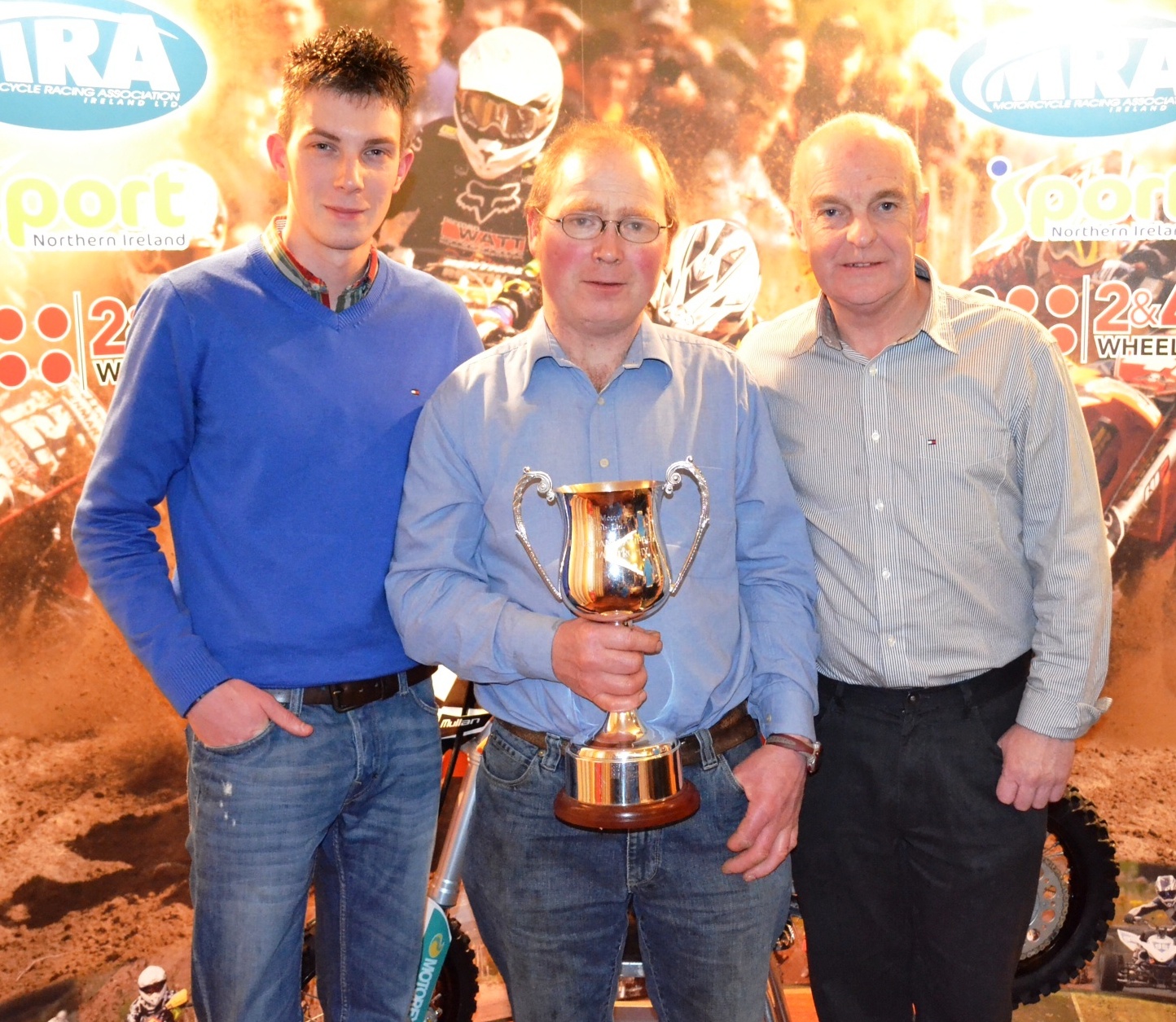