The Mourne Motorcycle Club will host their fifth annual charity event at the Millbrook Lodge Hotel, Ballynahinch, on the evening of Wednesday, June 22 2011.

This is the fifth year in a row that the Mourne club will run an annual charity event and we hope to follow on from the success of the previous four years, which have seen the club raise £30,000 for seven different charities.

This year the Mourne club has chosen to collect for local branches of the British Red Cross and St Johns Ambulance. The members of these two worthy organisations are always on hand to help motocross riders and this has already been seen on numerous occasions in the 2011 racing season. The members of St Johns Ambulance and the Red Cross are definitely among the most important people attending motocross races and while nobody likes to see anyone getting hurt/injured at a race, the ambulance crews in attendance always provide fantastic treatment when they are called on.

This year the Mourne club has chosen to use its annual charity event to show our appreciation and admiration for the Red Cross and St Johns Ambulance, who help participants and supporters at all sorts of sporting events throughout the country. The Mourne club will be happy to give everyone the chance to show their appreciation on the night for two organisations that rarely get the credit they deserve.

On the night there will be motocross bikes, quads and sidecar races, along with clowns, face painting, balloon shaping and a bouncy castle to entertain every member of the family.

Once again the Ballynahinch Lions will continue to support the Mourne club’s annual charity event, by helping us to promote and collect at the event.

The Mourne club will also be helped by The Millbrook Lodge Hotel; Keith Cullen from Country Fried Chicken in Ballynahinch, who will be sponsoring the events trophies again this year; Michael Taylor from MST Transport, who will be bringing lorries along for the event; Arthur McMullan and Peak Performance Car Club, who will be showing off their cars on the night and Ballynahinch United Football Club who will be providing car parking on their grounds.

Admission to the event will cost £3, while children go free. 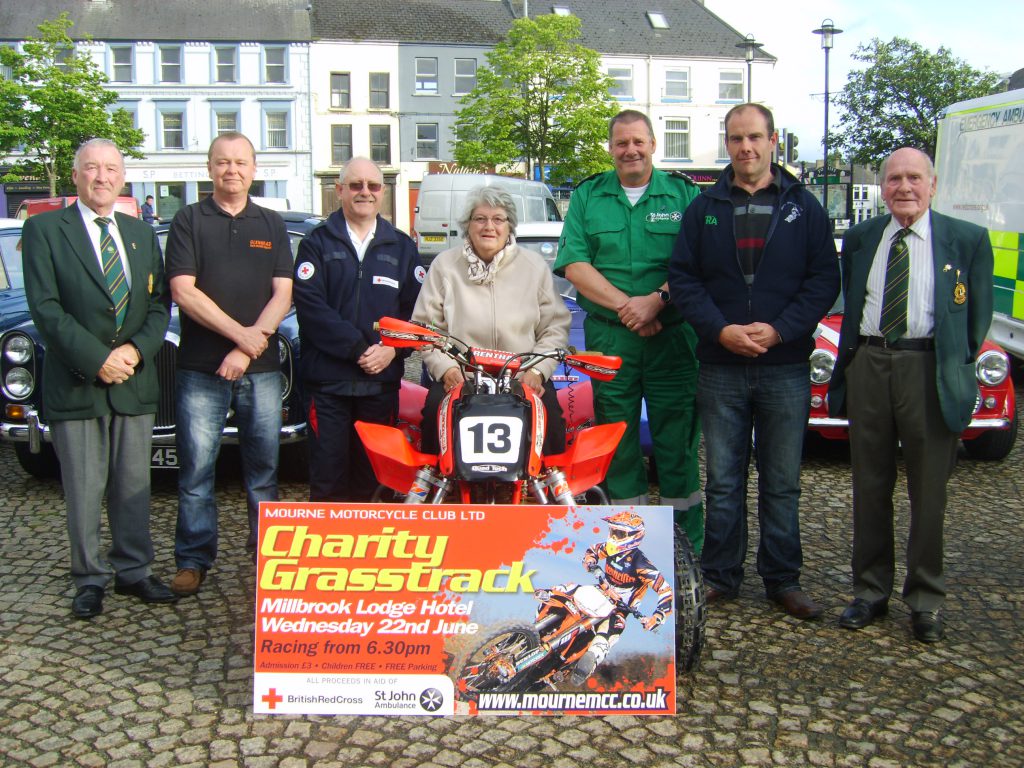