The Mourne Motorcycle Club will host the second round of the 2017 Ulster Open Motocross Championship at clubman Norman Green’s Seaforde MotoPark, on Mayday.

The championship season started at Desertmartin, on Easter Monday, before coming to County Down for the Mourne club’s annual motocross event.

In the MX1 Experts class a shoulder injury has already ended the 2016 Ulster and Irish Champion John Meara’s season before it started. With the Loughbrickland man unable to challenge to retain his Ulster title, Carrickfergus rider Graeme Irwin, who normally races in the British Motocross Championships, set the pace by taking three race wins on the opening day of the season.

The Meara family had better luck in the MX2 class with John’s brother, Jason Meara, starting his season with two firsts and a second-place finish to lead the championship ahead of Mayday.

This year the Mourne club will be holding the event with support from Brennan’s Ice Cream & Service Station, McKibbin Motors, The Stick Restaurant @ Brennan’s, Watsons Flowershop and Cochrane’s Car Spares. The Mourne club will also be helped on the day by the Ballynahinch Lions Club, who are always on hand to help at the Mourne club’s events.

Bikes will be out on the track from 9.30am, with the first race to start at 11am. Entry to the event will cost £5 for adults, while children go free and car parking is also free. 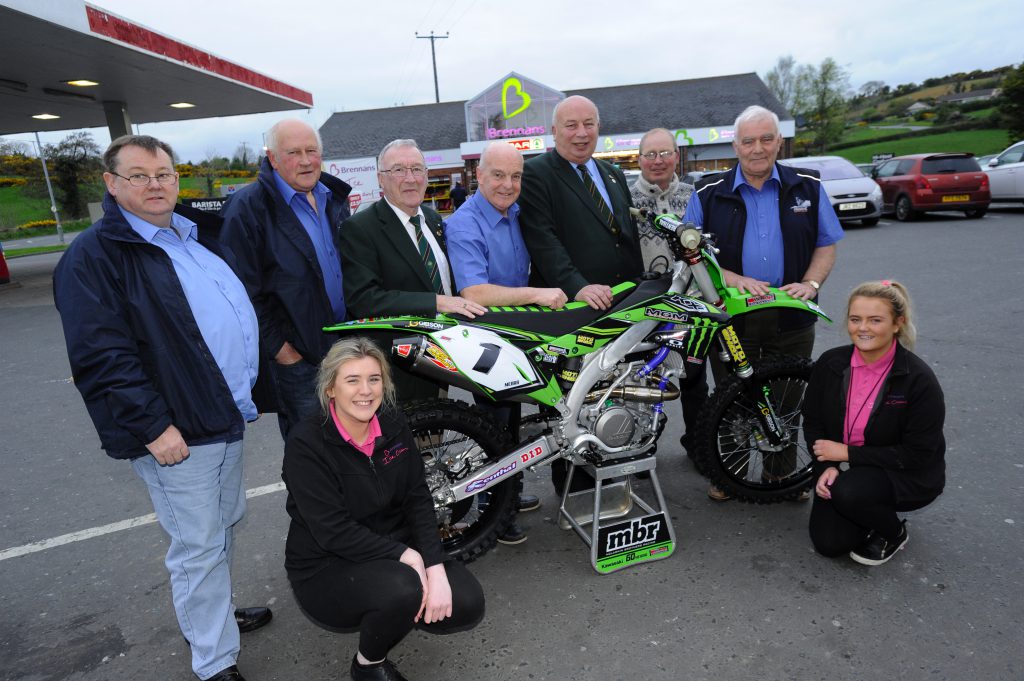 Entries are available by clicking here