MOTOCROSS returned to County Down on May Day when the Mourne Motorcycle Club held the second round of the Ulster Open Championship.
The Clubman MX2 class was first on the line and Crossgar man Steven Gill won their first race, with Ballygowan’s Johnny Presho taking third and Crossgar’s Nathan Hamilton coming home in seventh position. Gill led the pack off the line in race two, but by the end of lap one Hamilton had moved to the front, which he held to take the chequered flag, as Gill came home in fourth and Presho finished in fifth position. In their final race Gill was fastest off the line again, before Hamilton moved to the front once again at the start of the second lap to take another win ahead of Gill in second and Presho in eighth position.
In the combined Expert and Semi Expert MX2 class Loughbrickland brothers Jason and John Meara challenged at the front with Banbridge man Ryan Adair. In the first race Adair led off the line, but after one lap Lisburn man Richard Bird had taken the lead ahead of John Meara, Adair and Jason Meara. The four men fought throughout the eleven lap race, before Bird and Jason Meara moved the front to challenge for the flag and on the final lap the two men came together as they went up the hill, leaving John Meara to take the victory ahead of Adair in second, Bird in third and Jason Meara came home in fifth position. Jason Meara led the pack off the line in race two, with Bird hot on his heels and the two men swapping positions during the final two laps. Eventually Jason Meara took the win ahead of Bird, John Meara in third and Adair in fifth position. In the final race Jason Meara led off the line again, taking his second victory of the day, ahead of Bird, John Meara in third and Adair in sixth position. Moira man Mark Dynes and Loughbrickland’s Caolan Devlin were amongst the top Semi Expert finishers in the race, with Dynes taking a third and two fourth position finishes, as Devlin won one race, along with fifth and sixth position finishes.
The clubman MX1 class was next on the line and Killinchy man Stephen Gabbey moving to the front of the pack at the halfway point of race one and never looking back. Gabbey went on to win race one and then lead his next two races from the start to take three victories on the day.
The racing ended with the combined Expert and Semi Expert MX1 class, as Portavogie man Robert Hamilton led their first race from the start to take the chequered flag ahead of Comber man Wayne Garrett in second and John Meara, who had also raced in the MX2 class, coming home in third position. In the second race Hamilton and Garrett went into the first corner side-by-side, but as Garrett came out in the lead, a fall led to Hamilton pulling out of the race. On the second lap John Meara took the lead, which he held to take the chequered flag ahead of Garrett in second and Adair in fourth position. In the final race Hamilton led Garrett off the line, but John Meara was quick to catch the front two men, taking the lead towards the end of the hard fought eleven lap race and the win ahead of Hamilton in second and Garret in third position. Saintfield’s David Martin took a fifth and two second placed finishes amongst the Semi Expert riders, as Downpatrick man Christopher Orr came home in fourth, third and fourth positions.

Again a big thank you to all the competitors, spectators, personnel and anyone else who helped mark the day a huge success. 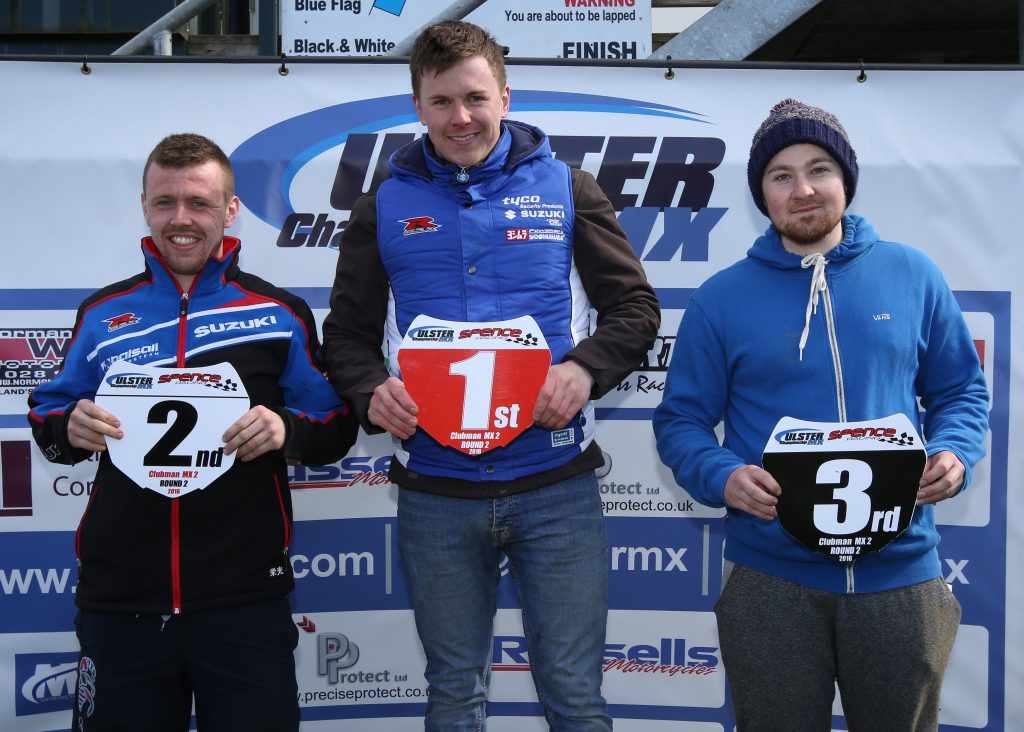 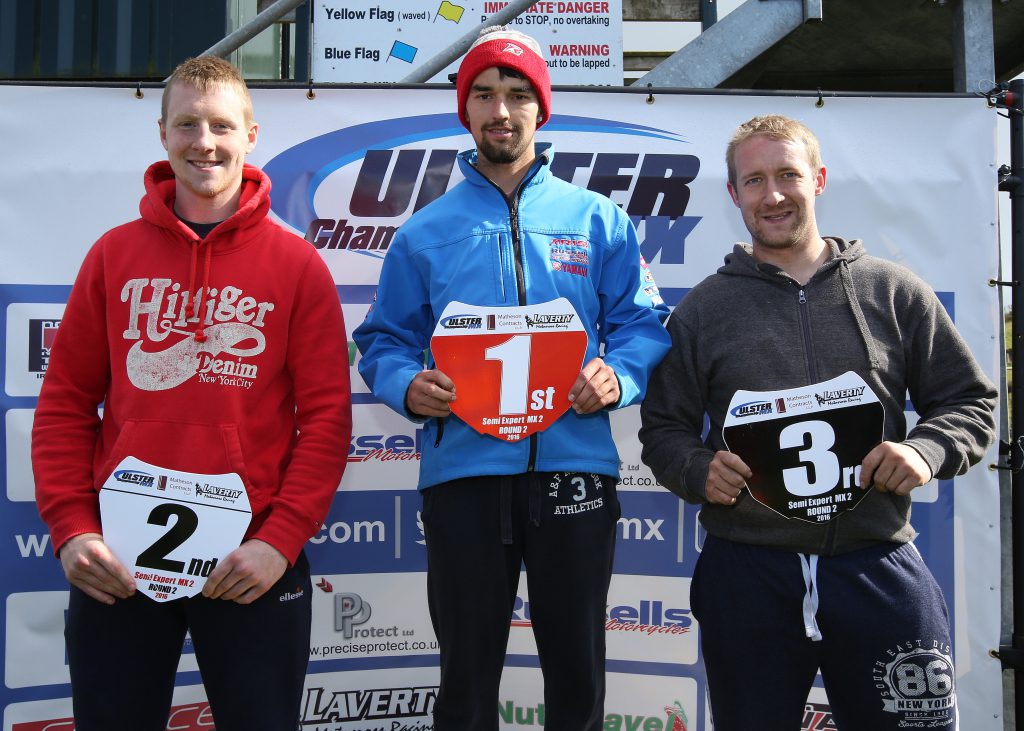 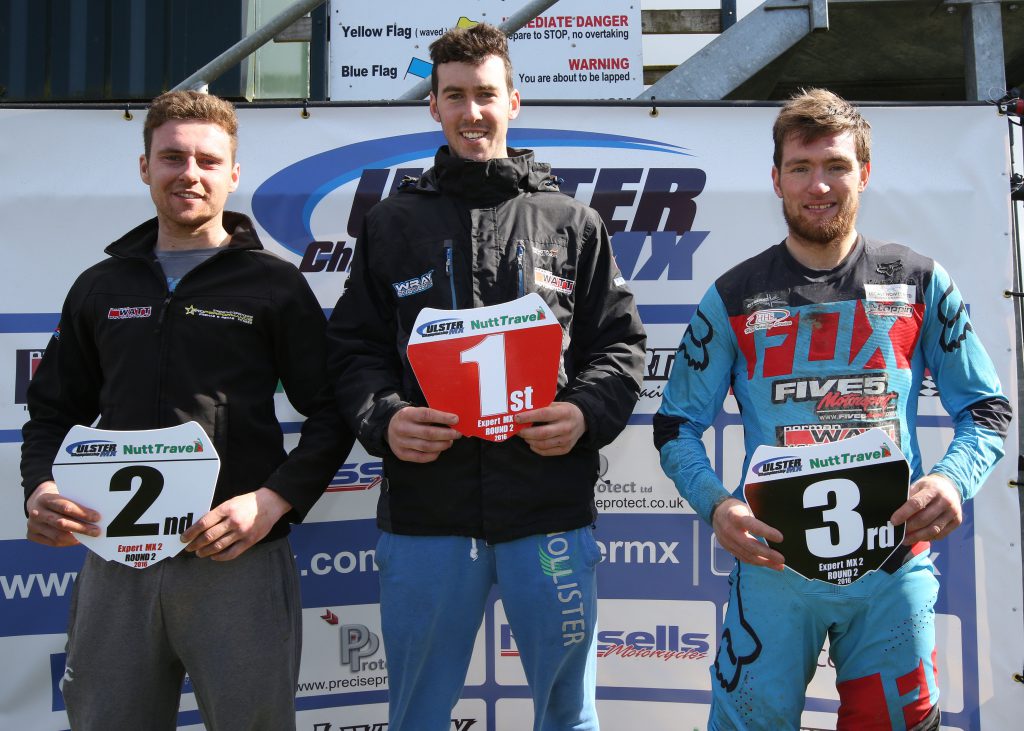 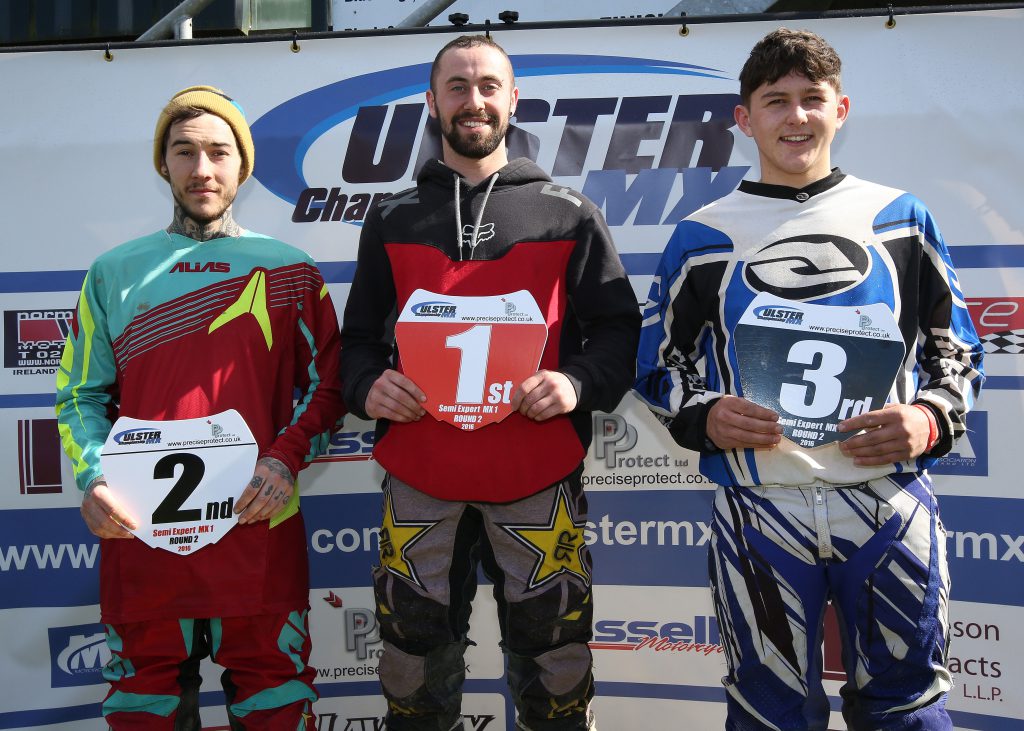 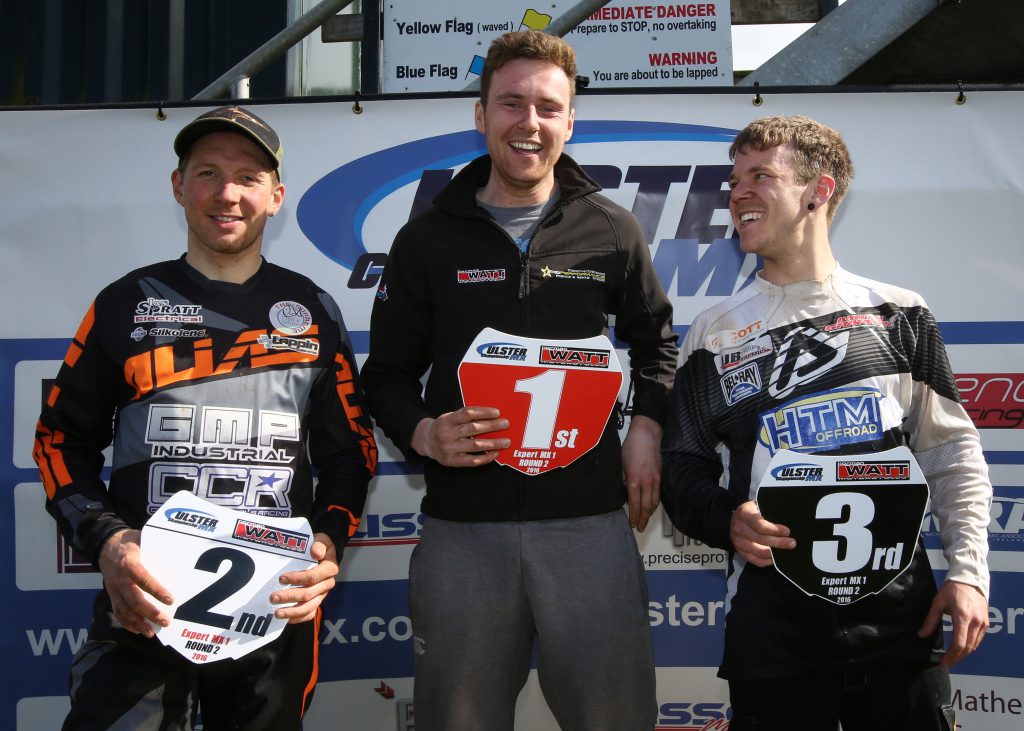