The club has continued its successful charity work, raising £6,500 at its ninth annual charity motocross event… by Stuart Campbell

Each year the club picks two charities that have touched the lives of club members, their families, or the community and this has led to it presenting more than £60,000 to 17 different charities and charitable causes since 2007.

Mourne club Chairman Billy McLarnin said, “Once again this is an amazing amount of money for any sports club to raise, especially for what might be considered a smaller sport like motocross.”

“I would like to thank everybody who helped to organise the event, the riders who took part, the spectators and everyone who donated to make it another successful year.”

“Each year we try to choose local charities or causes that are close to the club. We were delighted to help Macmillan Nurses who do so much to help people at their time of need and Emma Hamilton, whose father Nigel is a well-known club member.”

“I know that everyone in the club is proud of what we have achieved in the last nine years and we hope to continue fundraising and giving something back to the community every year,” he said.

This year monies raised have been shared between Macmillan Nurses, which helps people and families throughout the country, and Help for Emma.

On March 4, 2014, twin girls Emma and Katie Hamilton, from Kilmore, were born in the Royal Jubilee Maternity Hospital.

Katie weighed just 2Ibs 12ozs at birth and spent her first two months in hospital, but Emma was not discharged for nine months as she was born with a rare condition known as Congenital Central Hypoventilation Syndrome (CCHS).

CCHS is a rare genetic condition where the brain does not tell the lungs to breathe during sleep, although it can also occur with some individuals when they are awake.

Now Emma depends on a ventilator for her breathing and she is continuously monitored to ensure her oxygen and carbon dioxide levels are maintained at a safe level.

Approximately 1,000 people are known to have condition worldwide; with less than 100 people in the UK and Emma is one of two children affected by the rare condition in Northern Ireland. 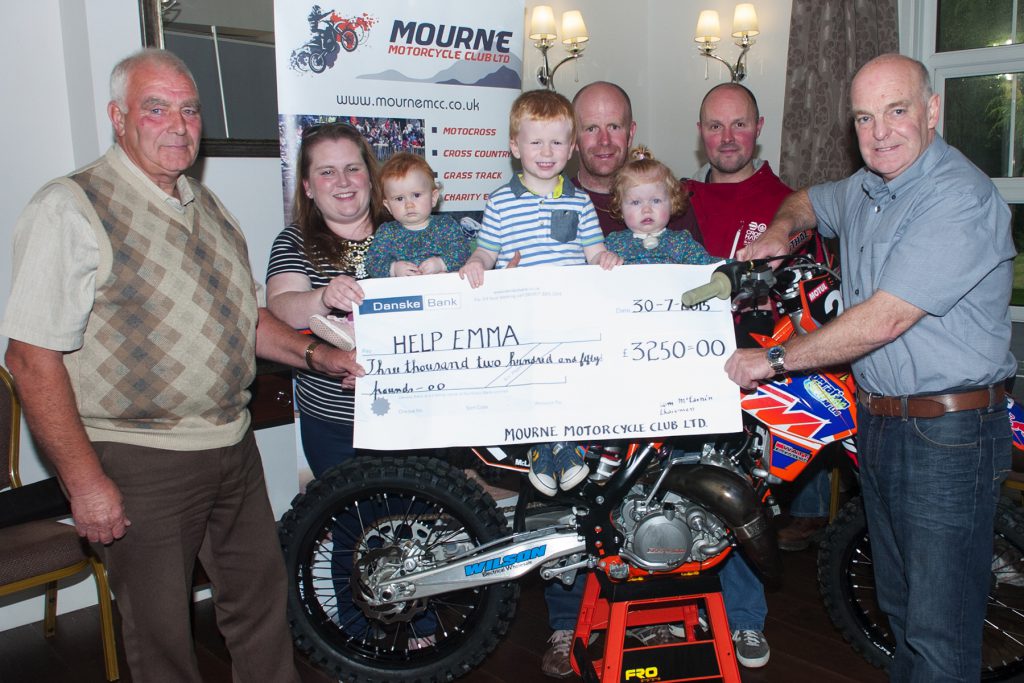 Members of the Hamilton family accept a cheque for £3,250 from Mourne Motorcycle Club at a presentation held at the Millbrook Lodge Hotel, Ballynahinch, on Thursday evening. The money was presented to the Help Emma Appeal. Included with Emma (third right), who suffers from CCHS, is mum Patricia Hamilton and dad Nigel, with Emma’s twin Katie and brother Ryan alongside club president Junior Burrows (left), motocross rider Andrew Simpson and club chairman Billy McLarnin (right). 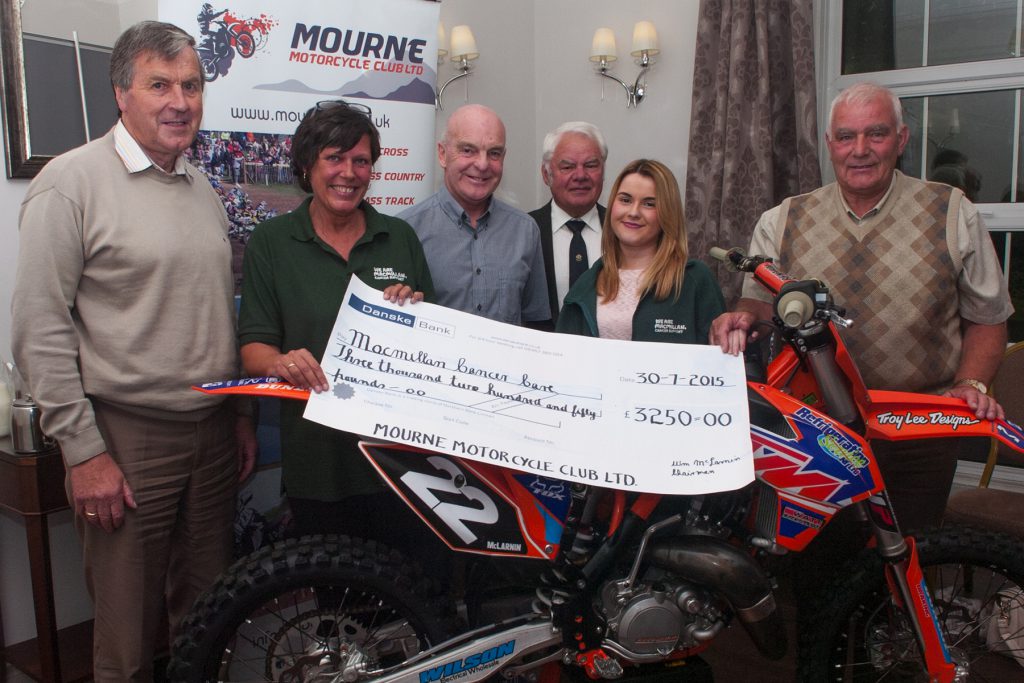