The Mourne club held its first charity motocross racing event in 2007 to raise funds for the Northern Ireland Children’s Hospice, Belfast, but since 2008 club members have chosen two local charities to help each year.

This year club members decided to raise funds for the Ballynahinch Branch of Cancer Research, which is on hand to help everyone in the local community, and the Mitre Trust Spinal Injuries Unit, Musgrave Park Hospital.

The MITRE Trust charity is based at Belfast’s Musgrave Park Hospital and raises money to fund new developments and improve patient services at Northern Ireland’s regional centre for orthopaedics and rehabilitation.

Following our latest successful charity event the Mourne club is proud to have raised £5,500 to be shared between the Ballynahinch Branch of Cancer Research and the Mitre Trust Spinal Injuries Unit. In eight years of running charity grasstrack events the Mourne club has now raised and presented more than £60,000 to charities and charitable causes.

Since our first charity event in 2007 the Mourne Motorcycle Club’s charity work has continued to grow in strength.

The idea was first raised by club man Andrew Shields, from Kilkeel, who suggested the club hold an event for the ambulance services who help at the club’s races, but tragic circumstances were to change who the club choose to raise money for.

Following the passing of Andrew and Alison Shields youngest son Kyle from Sanfilippo Syndrome on October 13, 2006, the club decided to raise money for Northern Ireland Children’s Hospice, Belfast, which had provided so much care for Kyle during his short life.

Kyle had been in and out of the hospice for respite sessions since it opened in 2001 and the Shields family were happy for the club to hold the event to raise funds for the Hospice, which had treated the family so well, particularly Kyle who had passed on just five days from his fourteenth birthday on October 18.

Alison Shields had kept a diary during the years of Kyle’s illness and following his passing she decided to write a book of his short life. The book is called ‘Kyle – A mother’s love in action’, with proceeds from the book going to Horizon House, Northern Ireland Children’s Hospice.

The charities the Mourne club has been raising money for are:

* 2013 – The Lucy Parke Appeal and Grove House in Ballynahinch.

For the first time the charity event moved away from the Millbrook Lodge Hotel, Ballynahinch, and instead it was held at the Millbridge area of the town.

Once again the Mourne club was helped by The Ballynahinch Lions Club, who started the collection at the first charity event in 2007, Ballynahinch United Football Club and Keith Cullen of Country Fried Chicken, Ballynahinch, who has supplied trophies for the races every year. 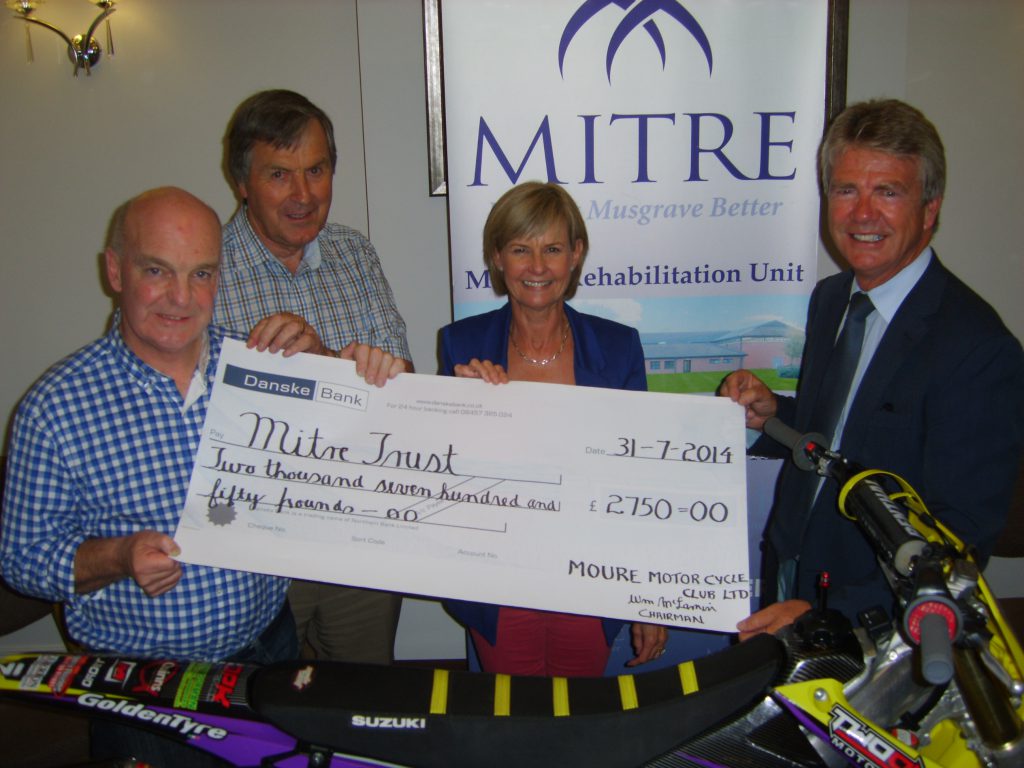