This year the members of the Mourne club are delighted to say that we have raised a total of £6000, which means that we have been able to present both charities with a cheque for £3000 each

This year the Mourne Motorcycle Club would also like to thank The Ballynahinch Lions Club, Ballynahinch United Football Club, Gascon Ice-cream, Herrons Country Fried Chicken; Ballynahinch, who donate the trophies every year, Fish City; Ballynahinch and of course the Millbrook Lodge for their help with the event.

The annual charity event may have been a new idea within the club, but this year we are pleased to have carried on the great work which has now seen us hand over a total of £45,000 to the charities we have been involved with in the last six years.

The charities that the Mourne club has been raising money for are: 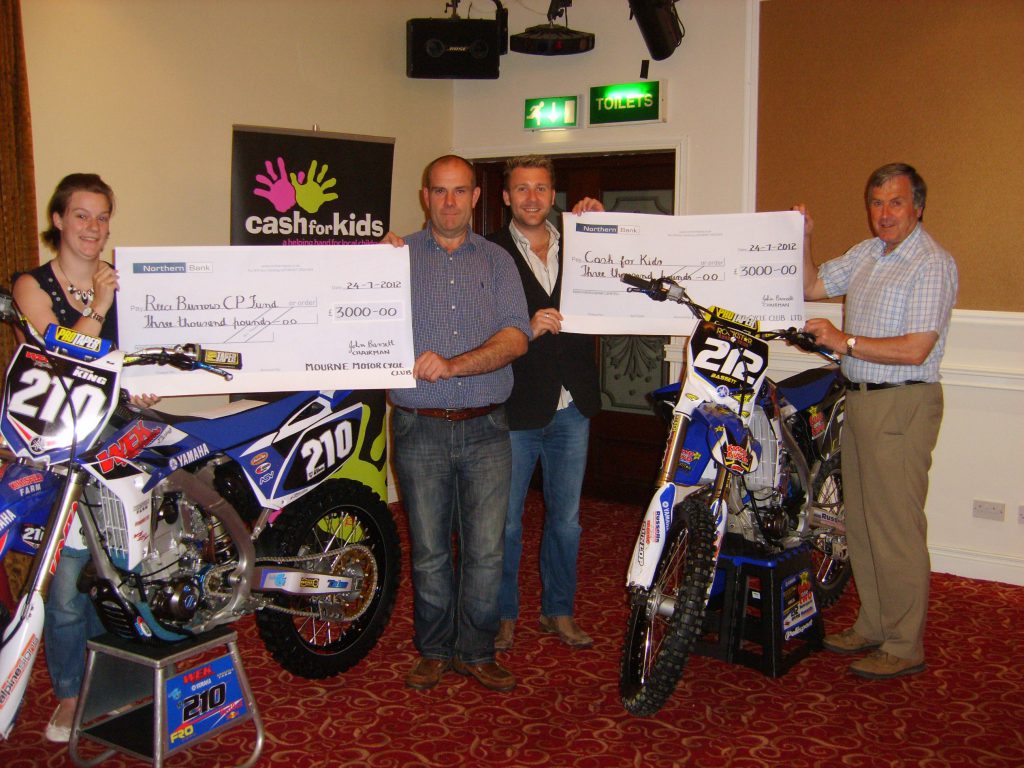