The Mourne Motorcycle Club has continued its charitable success raising £5,500 to be shared between two local causes in 2018. Starting in 2007, the Mourne club has now raised more than £80,000, which has been presented to 24 different charitable causes.
Now the proceeds from the twelfth annual charity event will be shared between the Motor Neurone Disease Association of Northern Ireland and the Perinatal Trust Fund (NI). Speaking at the cheque presentation, Mourne Motorcycle Club Chairman Billy McLarnin said: “This has come about through the work of the people in the club, it’s a real team effort.
“It’s a privilege to do this. People come out of the woodwork to race and to help. They are all happy to help,” he said. The event was held at the Millbridge, Ballynahinch, in June with solo, quad and sidecar grass-track racing.
After receiving the cheque for the Perinatal Trust Fund, Sharon Murray (Regional Neonatal Unit) said the money would go towards everything, large and small: “Just today we asked Dr Tubman for money to buy something simple – baby grows.” Then Dr Tubman added that it had been a pleasure to be a chosen charity: ”The money is most welcome.”
The Mourne club held the event with help from The Ballynahinch Lions, Café Rossi, Watsons Flowers and Keith Cullen from Herrons Country Fried Chicken, Ballynahinch. The collection had been started by a £150 donation from Watsons Flowers before the event was held and Keith Cullen supplied the trophies for the twelfth year in a row, although he still hasn’t attended a single event launch or cheque presentation.
Speaking on behalf of the Motor Neurone Disease Association of Northern Ireland Stephen Thompson said: “This is a disease that I wouldn’t wish on anyone. There is a lot of work and research going on at the minute. “There is also a lot of work to make everyone comfortable. It’s a real team effort. “Just like our friends in the Neonatal Unit, it’s a real team effort,” he said. 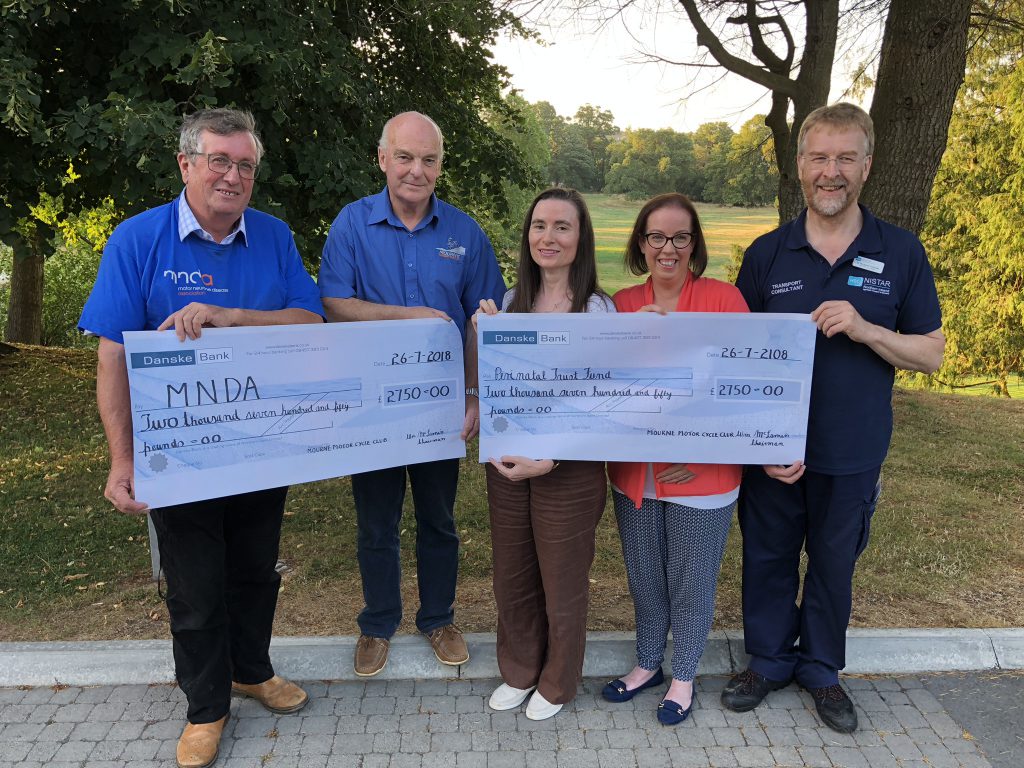