The club held their Annual General Meeting on Monday 17th October 2016 at 8pm in the Millbrook Lodge Hotel, Ballynahinch. 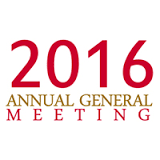 Back at the helm of the club for another year is Billy McLarnin. Billy has served the club very well over the years and agreed to take position at the top once again. Assisting Billy this year again, is Matthew King as vice-chairman. There are also many people who work in the background within the club, filling other very important roles. These people hold positions like our Club President, Junior Burrows; Club Secretary & Press Officer, Stuart Campbell; Treasurer, George Porter; Assistant Secretary & Child Protection Officer, William Campbell; Chief Flag Officer, Andrew Shields. Back as acting Competition Secretary we have William Campbell and Assistant Competition Secretary; Matthew King. Our MRA Delegates for 2016 season are George Porter, Neil Loughery, Ken Dickson and Adrian Douglas.

The club would not be as successful as it has been without the support from our regular club members and helpers. We are indebted to all those club members who help with the running of events and making the club the strong team that it is. All new and existing members will be made very welcome on the third Monday of the month at the Millbrook Lodge Hotel, Ballynahinch from 8pm for our monthly club meeting.

2017 Season Club Membership forms are now available for download under the ‘Club Forms’ section of this website.